A Referendum on Alberta's Future 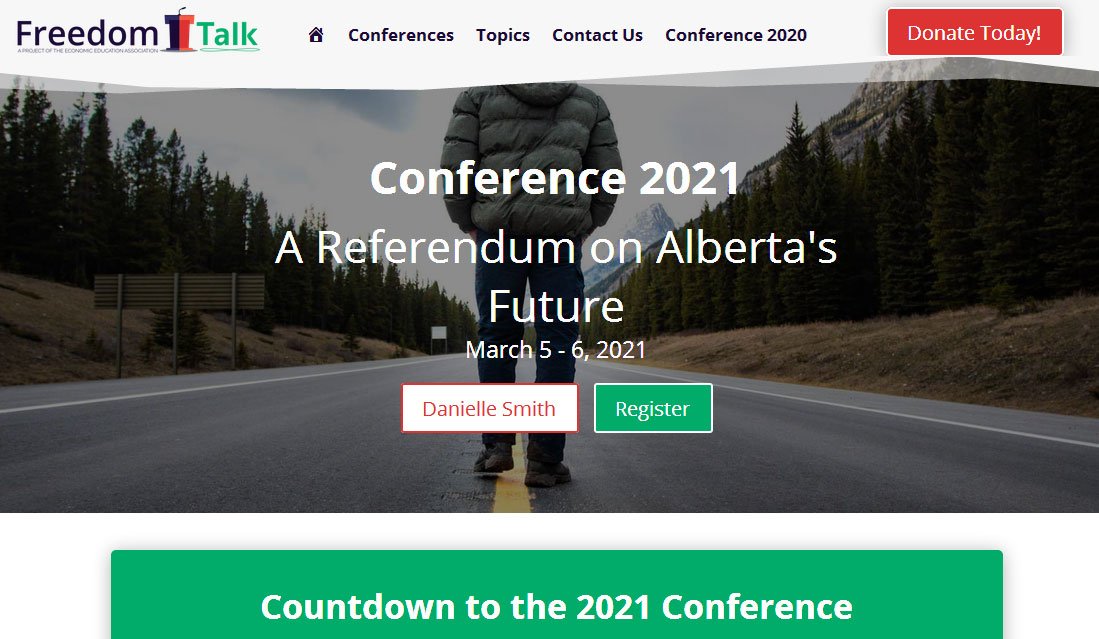 A Referendum on Alberta’s Future

A Referendum on Equalization: PLUS!

Friends: It’s that time again!
In 1904 Canada’s Interior Minister, Clifford Sifton, said: “We desire, in fact every patriotic Canadian desires, that the great trade of the prairies shall go to enrich our own people in the east to build up our factories and our workshops of Eastern Canada and contribute in every legitimate way to its prosperity”.

Sifton meant well. But he assumed Western interests would be subordinated to those of the East as the natural order of things. And Justin Trudeau’s recent throne speech endorsed that view without even Sifton’s “legitimate” nod to the idea that the relationship should be mutually beneficial.

What’s more, it’s the second time in many of our lifetimes that a federal government has staged a direct, calculated and concerted attack on our energy industries that threatens to destroy a generation of Albertans’ accumulated wealth along with the hopes and dreams of hundreds of thousands of families, businesses and communities. And there is proverbially no education in the second kick of a mule.
So what can Albertans, and “every patriotic Canadian”, do to fix this problem instead of just grumbling?

Well, Premier Jason Kenney has committed to having a referendum on equalization in conjunction with the municipal elections on Oct 18, 2021. And we at the Economic Education Association believe Albertans should insist on placing more than just one question on the fall ballot.

So we’re hosting our ninth “Essentials of Freedom” conference on March 5-6 to discuss exactly what should be put before citizens in “A Referendum on Alberta’s Future” in October.

If you’ve been at previous conferences, you know we’ve been out in front on issues from balanced budgets to climate change. And this year we’re saying if we’re going to the trouble of having a referendum, let’s put some real questions on the ballot instead of just using it to kick the problem down the road and pretend everything’s fine.

When we call for real questions and popular input, we mean it. We want to ask the questions you want to ask. We have some suggestions we invite you to come and discuss, in person or virtually, and vote on using the “Slido” app, and we want to hear your ideas too.

Speaking of the popular will, we hope the provincial government will heed people’s increasing demand to end the lock-downs, so we can meet in person. But we’re determined to go ahead regardless, and will keep you posted as to the format. And since the good news, such as it is, is that no one’s calendar is filling up with other commitments, please register NOW!

Registration for the virtual conference will be $50 per person. And if we can have a “live” component the seats will be allocated on a first-virtual-registration first-served basis so register NOW to hear yet another world-class group of speakers (see below) ready to “Go”.